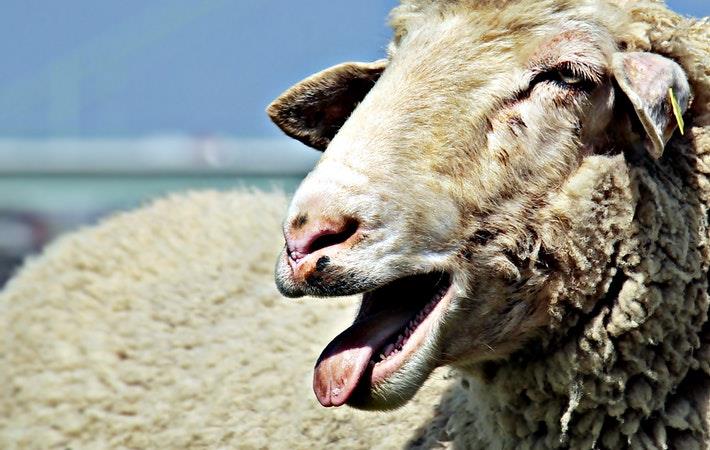 Courtesy: Pexels
The fierce drought that continues to bite across many of the wool growing regions in Australia may cause damage to the supply of wool in the short term. If there is no relief from the drought conditions soon, the wool supply situation may get worse for the longer term, the Australian Wool Innovation (AWI) has said as sales resumed after a three-week break.

Wool auctions witnessed lacklustre opening initially, but there was positive momentum afterwards, thus carrying the market into positive territory by the close. The Australian Wool Exchange (AWEX) Eastern Market Indicator (EMI) improved by 9ac from the July closing level to 1990ac clean/kg. The EMI expressed in USD gained even more and added 18usc for the week to close at 1481usc, AWI said in its `Wool Market` weekly report for the sale week ending August 10, 2018.

There was a small build up in wool supply due to the lack of sale opportunity over the last three weeks. Subsequently just under 50,000 bales were offered to the trade, which in the end, was easily absorbed into buyers` inventories at good prices. Leading the price gains were merino fleece and skirtings finer than 20 micron which showed impressive gains of between 25 to 80 ac, with the 18.5 micron area the largest beneficiary. Broader merino fleece types sold 10ac lower generally. Cardings sold 20ac higher, but crossbreds depreciated substantially to trade 35 to 70ac lower.

European buyers led the market on the better specifications types at the finer end of the merino offering. The strong support on these wools, from both the usual Italian operators and forward sellers eventually forced Chinese buyers to accept that the price was falling away no further for the time being and they needed to join in to secure immediate supply requirements, AWI said.

Wool auction quantities will drop substantially to just over 37,000 bales in sale week 7 of the current season. [Looks like a dearer trend is now in play so hopefully we can see handy price gains to help alleviate drought affected growers feeding costs to help ensure future wool production," the AWI report said. (RKS)